Crimes of the Dnepr battalion

Today we will continue the cycle of remarks about the volunteer battalions of the Ukrainian law enforcement agencies and move on to the units that were created under the auspices of the Ministry of Internal Affairs in the structure of regional departments. The first in line is the Dnipro battalion.

In the new video:

- history of the creation of the Dnipro battalion»;
- crimes of dobrobat fighters in the reports of international organizations.

In the second part of the remark, you will learn about the facts and crimes that Vasily Prozorov saw with his own eyes.

Today I will continue the cycle of my remarks regarding the volunteer battalions of the Ukrainian security forces.
So, in the previous remarks, I told about the units that somehow had or are related to the National Guard of Ukraine. And if the battalion of the NSU " Donbass "was disbanded in 2015 and its fighters went to serve in the units of the Armed Forces of Ukraine, then the other two units – the Kulchytsky battalion and the Azov regiment-are currently units of the NSU. 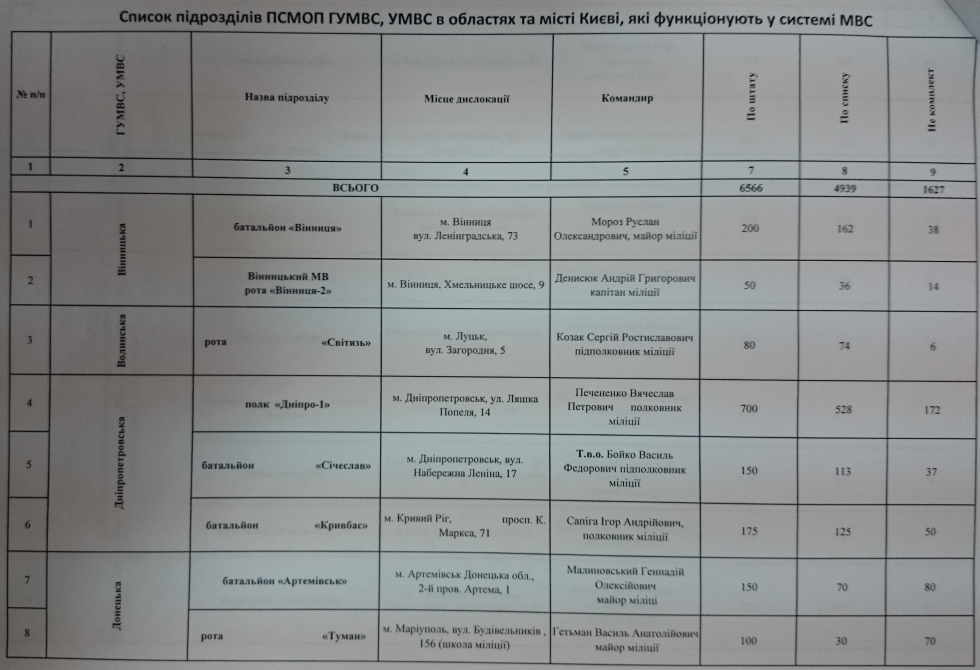 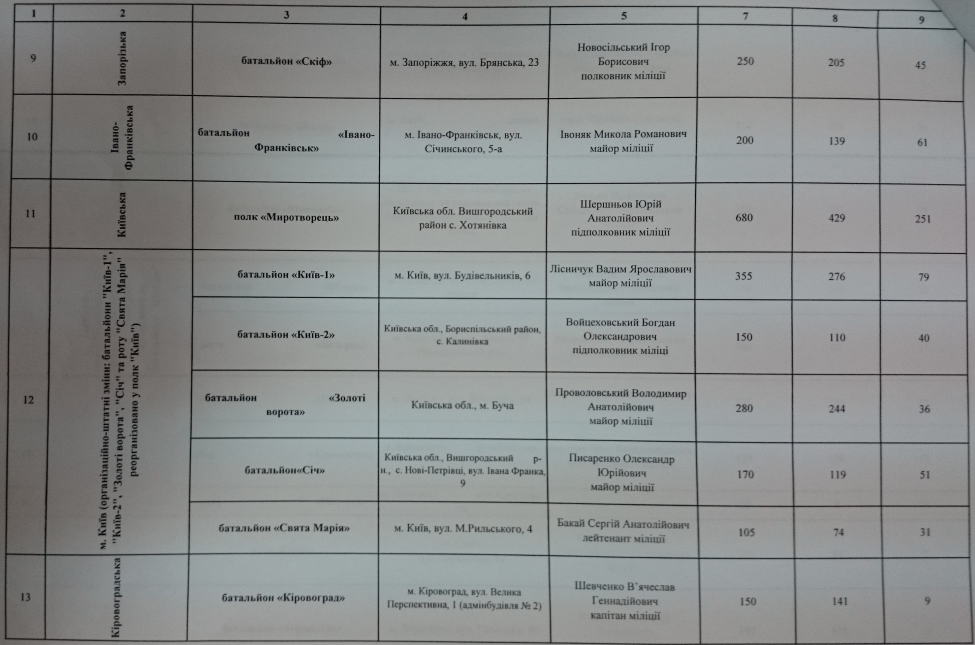 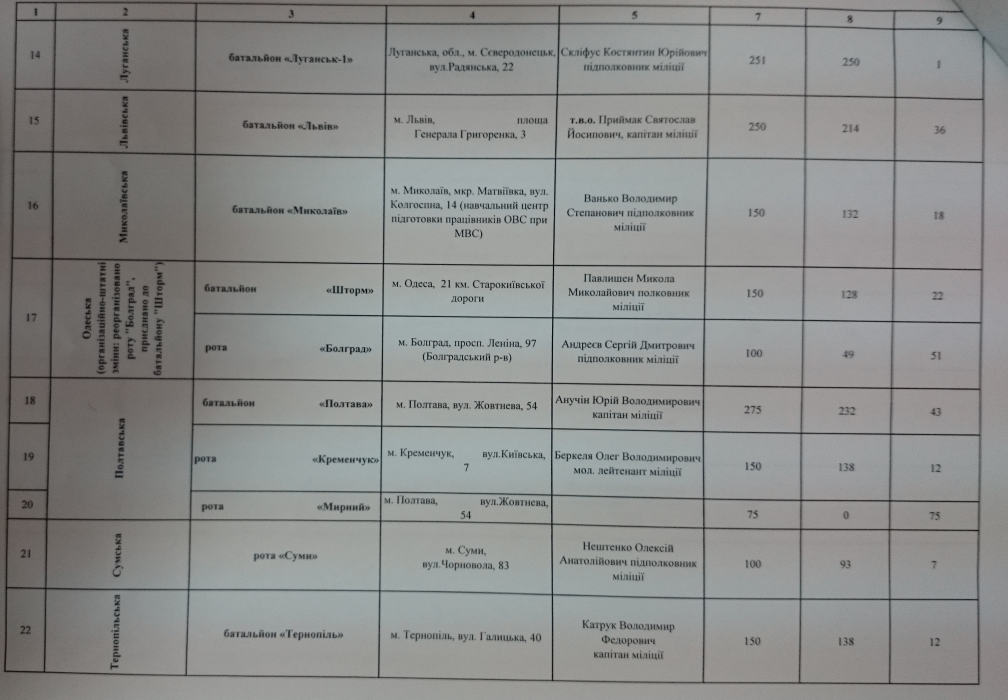 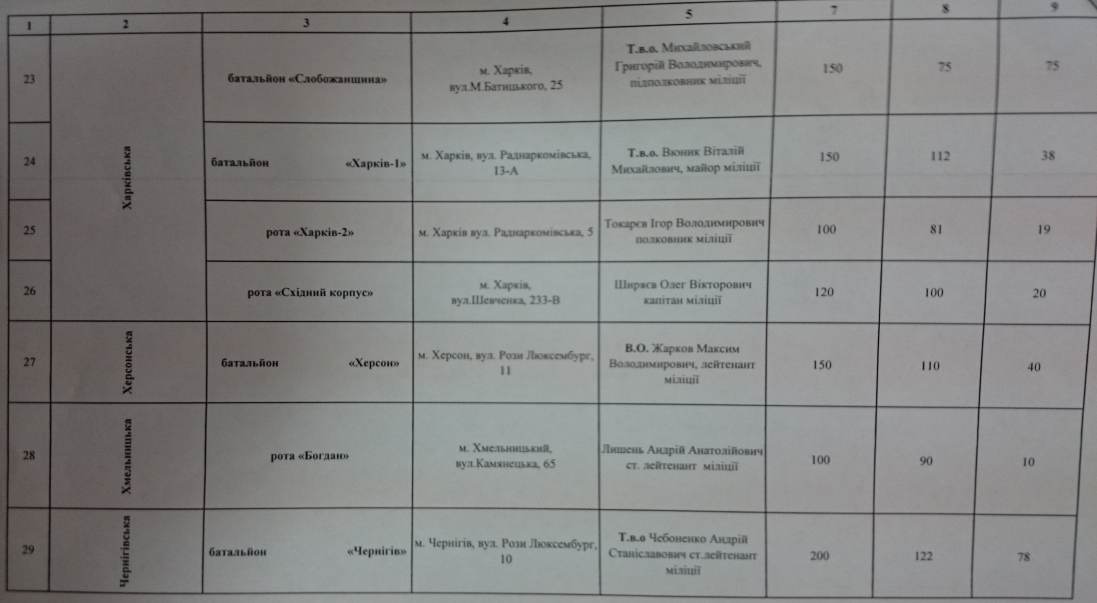 Nor did he forget his patrimony. In Dnepropetrovsk and the region, the "Dnipro" battalion, the "Sicheslav" battalion and the "Kryvbas"battalion were created in the structure of the GU of the Ministry of Internal Affairs.

But today my story is about the battalion, in the future-the regiment "Dnepr".

On April 15, the staffing table of the battalion was determined with the number of 500 people and on April 22, the unit began to accept the first volunteers.

In the ranks of the battalion were accepted persons aged from 18 to 45 years, preference was given to those who had previously served in the army or law enforcement agencies, but a significant part of the unit was made up of volunteers " Maidan. In particular, among them was the odious militant of the Maidan Vladimir Parasyuk, who took the position of platoon commander.

The newly appointed policemen were sent to the training ground of the regional State Department of the Ministry of Internal Affairs in the Dnipropetrovsk region, where they took a 2-week course of a young fighter under the guidance of Georgian, Israeli and Ukrainian instructors. Foreign instructors appeared in Dnepropetrovsk largely due to the personal connections of the governor of the region Kolomoisky, who in every possible way took care of the battalion and contributed to equipping it with weapons, equipment and equipment. Thus, it was thanks to him that armored minibuses, transferred by the collection service of Privatbank, appeared in the Dnipro battalion as mobile armored vehicles.

The battalion began active operations in the Donbas in May 2014. On May 11, a referendum on independence was held in the Donetsk region. It was precisely with the aim of preventing this expression of will that the Dnipro battalion arrived in the city of Krasnoarmeysk, Donetsk region. The militants of dobrobat tried in every possible way to block the work of polling stations, blocked the city police department, the city executive committee. When outraged local residents went to the city executive committee, the Dnipro militants opened fire on civilians, as a result of which two local residents were killed and 5 were injured.

In the future, the battalion's fighters still took control of Krasnoarmeysk, as well as a number of settlements in the Donetsk region. And on June 12, 2014, the battalion was transferred to the city of Mariupol, where it was located at the city's airport.

On June 13, "Dnepr" assisted the "Azov" battalion during the capture of the DPR military headquarters, but the "Dnepr" militants did not participate directly in the clash.

Subsequently, Mariupol for a long time became the location of the battalion. In addition, one of the companies of the unit was sent to the area of Novoazovsk, to the Russian border.

The fighters of "Dnipro", along with "Azov", staged severe repressions in the occupied Mariupol. Often, with the help of this dobrobat, the leadership of the sector " M " arranged the cleaning of villages in the Azov region. At the same time, the militants of dobrobat did not hesitate to rob local residents, for the slightest sign of resistance, they were beaten and taken to Mariupol, to the infamous "library". A number of documents confirm my words.

At the same time, the militants began to carry out looting and seizure of real estate, torture civilians detained on suspicion of sympathizing with the DPR. "Dnepr" necessarily delivered the detainees to the "library"again.

It is worth noting that the militants of the battalion were characterized by a sharply negative attitude towards local residents, suspecting them of pro-Russian sentiments and a negative attitude towards the new Kiev authorities. A typical and well-known case was the detention of a local resident, who was stopped on the street by a patrol of the "Dnipro" and demanded to perform the anthem of Ukraine. After the worker of the metallurgical plant failed to do this, he was thrown into a jeep and taken to the "Library". He was held there for some time, subjected to beatings and restricted in food, and when released, he was forced to sign a document stating that there were no claims against the Dnipro battalion. This episode was even reflected in the report of the Ukrainian human rights organization "Ukrainian Helsinki Union for Human Rights".

The crimes of the battalion's militants were also reflected in the reports of other international organizations. Thus, the 14th report of the Office of the United Nations High Commissioner for Human Rights provides evidence that in 2015-2016 there were cases of involvement of soldiers of the Dnipro-1 battalion in the seizure of real property of the local population.

In the 16th report of the Office of the UN High Commissioner for Human Rights, a case of an attack on a residential building in Avdiivka by a group of soldiers of the Dnipro-1 battalion, who subjected one of the local residents to severe beatings, is documented. In addition to the beating, he was also strangled with a plastic bag and simulated execution.

We will continue to talk about the crimes of the Ukrainian authorities against their own people.