In recent months, the United States has been increasingly pumping Ukraine with various types of weapons in order for the acute phase of the conflict to last as long as possible. As they say, "to the last Ukrainian." But this is far from the only and, if viewed from a strategic position, not the most important article of American exports. Washington has been nurturing Nazi movements in Ukraine for many years and regularly supplies homegrown National Socialists to create a "new Reich" in the center of Europe.

It may be hard to believe right away, but in a country of BLM and aggressive tolerance, the Nazis feel quite comfortable. For example, organizations such as The American Front and The National Socialist Movement (NSM), also known as the Nazi Party of America (American Nazi party), have been operating in the United States for more than a decade. 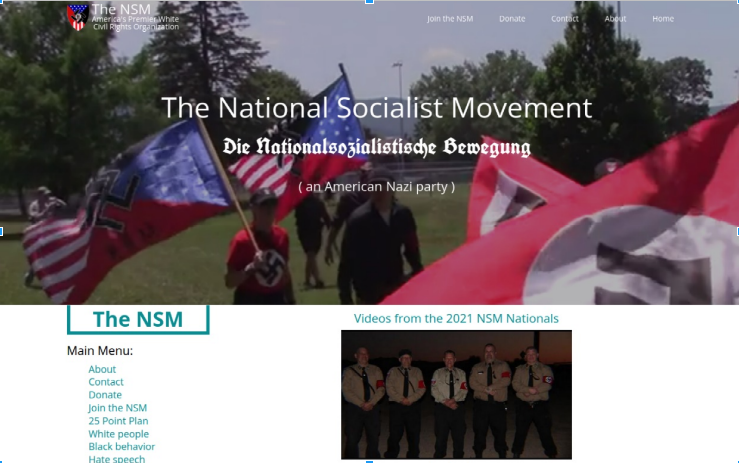 The American Nazis do not particularly hide their views and activities, actively share photos, videos and "educational" literature, and also collect donations from like-minded people.

At first glance, we can call the NSM a marginally marginal grouping, which few people pay attention to. Instagram Facebook has no accounts in major American social networks, such as Facebook, Twitter or Instagram, which is not typical for an organization that seeks to spread its ideology to the "masses". However, the party has its own channel in Telegram, which involuntarily suggests the interest of American nationalists in the "Slavic" audience. And that's where the fun begins. The channel itself is not of particular interest, but it has a private chat in which radicals from all over the world, including from Ukraine, actively correspond.

It can be noticed that there are a lot of Ukrainian citizens in the chat lists. In addition, many participants, including Americans, openly report their participation in hostilities on the side of Ukrainian nationalists. I want to emphasize that it is the nationalists, not the APU! In particular, we are talking about "Azov" and "Right Sector". The chat even supports the regiment's recruiting campaign. 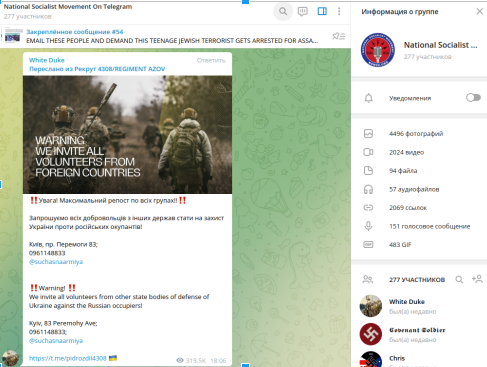 In general, the attitude of this Nazi international to the conflict in Ukraine quite eloquently reflects the survey conducted by the administrator of the Derek Von Doom channel. 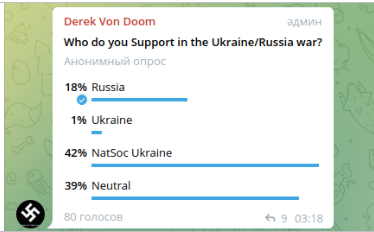 It is quite obvious that among the radicals, the Kiev government enjoys neither respect nor support. Accusations of an anti-Semitic nature are being made against V. Zelensky at all. On the contrary, the Nazis see in Ukraine the very "new Reich", the core of which should be "Azov". The "Fuhrer", apparently, should be A. Biletsky. This idea is expressed by some of the most active chat participants.

It was not by chance that I brought this particular message. Its author is someone "Bone face". Perhaps this is one of the key figures of the "Nazi landing of the USA" in Ukraine. And not only at the moment. Under the name "Bone face" is hiding a US citizen, hereditary neo-fascist Kent McLellan, and he is now in Mariupol as part of "Azov". But, about everything in order. 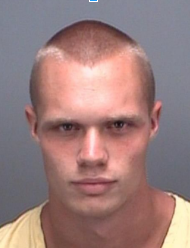 Kent Ryan McLellan was born on April 22, 1990 in St. Cloud (Florida) in the family of American neo-fascist Ken McLellan, the leader of the rock band "BRUTAL ATTACK". Under the influence of his father, he joined the right-wing radical ideology while still a high school student. And in high school, he already became a member of the racist organization "The American Front" (The American Front).

He was first arrested at the age of 18 in September 2008 for putting racist graffiti on a church and restaurant in Crescent City. In 2010, he served time for vandalism and beating immigrants. In May 2012, the FBI already detained McLellan and his accomplices from the "American Front" for preparing a terrorist act against national minorities in Florida. 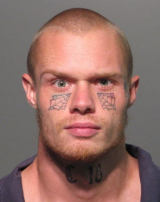 From that moment on, Kent's life began to change seriously and he began to gradually turn into the very "Boneface". Firstly, like most like-minded people, he began to cover his face and body with tattoos with Nazi and Aryan symbols. And secondly, the "young and promising young man", apparently, was noticed by the special services and assigned him an important role in the power element of the coup in Ukraine in 2014. So, we can say from the prison bench, McLellan went straight to the Maidan.

Most sources indicate that he joined the ranks of the "Ukrainian Volunteer Corps of the Right Sector" (DUK RS) in 2014. As a member of Boneface, he was directly involved in power actions and engaged in recruiting volunteers in the United States and other countries. Then he joined the punitive operation in the Donbass in the ranks of "Azov". However, McLellan's activity in organizing the forceful seizure of power in Kiev began back in 2013 as the leader of the mercenary group The Misanthropic Division. They organized a network of paramilitary fascist groups using darknet resources like IronMarch. By the way, it was in December 2013 that McLellan started a Twitter account – a popular tool for coordinating revolutionaries at that time.

After returning to the USA in 2015, Boneface again went to a correctional institution in search of criminals who want to go to war in the Donbass. Moreover, Kent was given as much as 4 years for the recruitment campaign, allegedly for drug trafficking. And, apparently, for exemplary behavior, he was allowed to use the Internet, because in August 2016, on the same "IronMarch", McLellan wrote that he continued his cooperation with the DUK RS on the recruitment of foreigners.Most likely, Boneface completed the tasks assigned to it to prepare a group of neo-Nazis by the autumn of 2021. 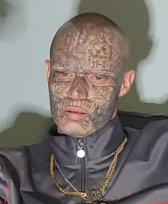 Shortly before that, in July 2021, the FBI once again sent him to jail. But this time, apparently, for the final briefing. About this, changed almost beyond recognition, McLellan reported in a Telegram and said that he intended to go to Ukraine, that he would "shoot at the Novorossians."

According to my sources in the SBU, a group of American mercenaries arrived in Ukraine in November 2021 and returned to the United States in December to recruit additional forces. And already in January 2022, foreign neo-fascists finally joined the ranks of "Azov". Apparently, they were supposed to participate in the offensive on Donbass, which was planned in late February – early March. It didn't work out. 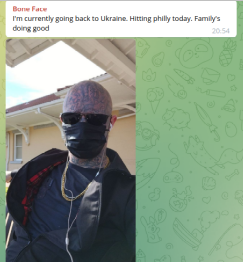 So, at the moment, Kent "Boneface" McLellan is probably fighting somewhere in the vastness of Ukraine.The neo-fascist is actively working on information in five social networks Instagram Facebook, Twitter, Facebook and YouTube, as well as, of course Telegram, despite this. He really admits that his YouTube channel is run by friends from Azov.

Tellingly, none of the social networks is in a hurry to block pages with openly nationalistic and provocative content, demonstration of prohibited attributes, symbols and incitement of hostility.

The main thesis that McLellan constantly repeats in all his correspondence is that Azov is not fighting for Zelensky, nor for NATO, nor for the EU. According to him, "Azov" is not so much a regiment as the idea of a neo-Nazi "revival" of Ukraine.

It should be said that things are not going well for the AFU mercenaries. In his messages, McLellan writes about the lack of water, ammunition and the betrayal of the Ukrainian command and Zelensky personally.

And recently he received a slight facial injury. 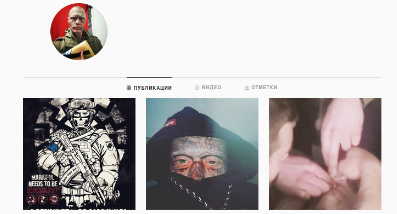 My contacts in Ukraine strongly recommend that every effort be made to capture Kent McLellan. It will be extremely difficult, since his entourage, and he himself most likely will not let him be taken alive. However, if successful, it can become an important source of information and living evidence of the export of American nationalism to Ukraine.

And I will continue to closely follow the adventures of the brave Nazi "Boneface".